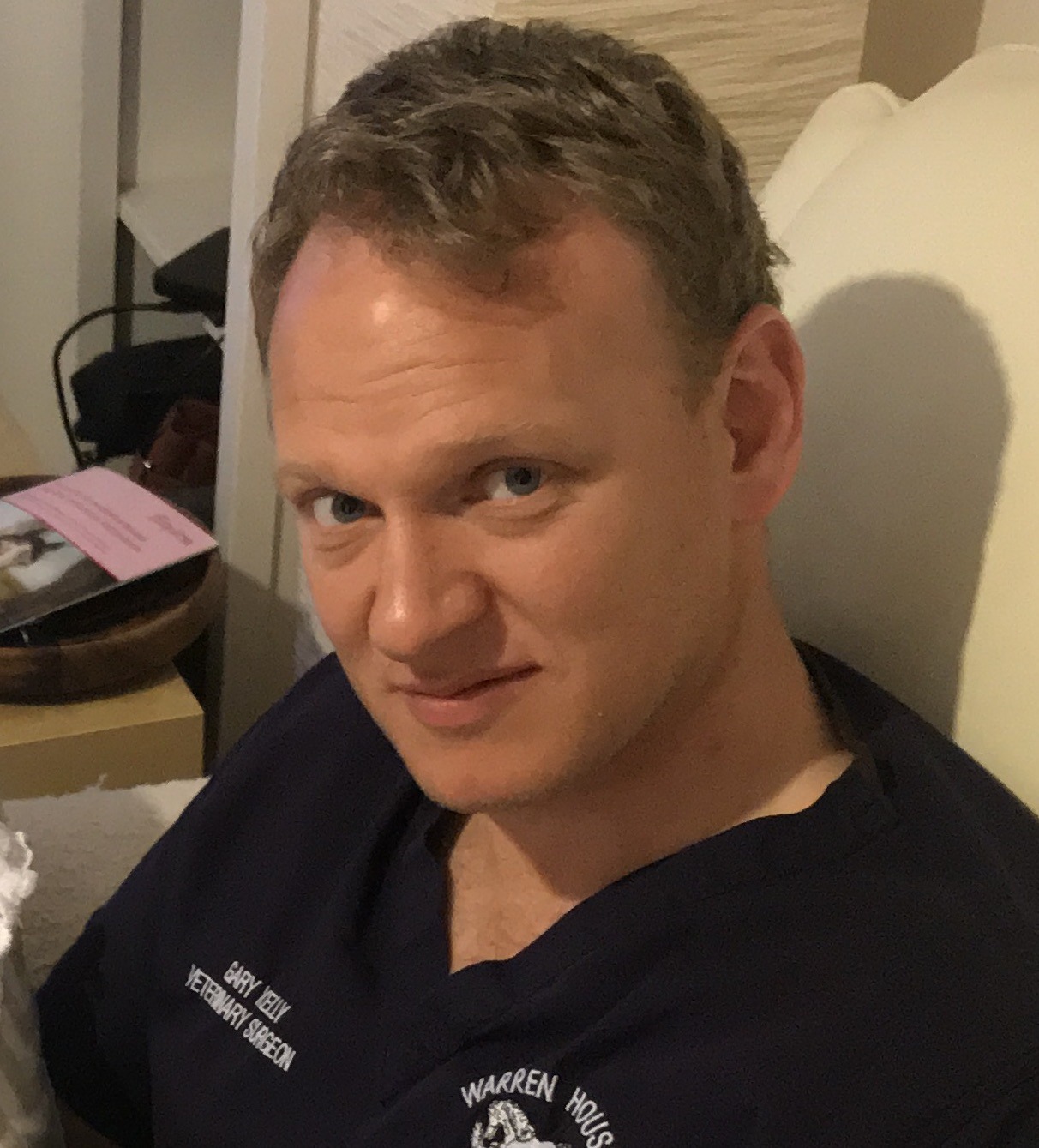 Gary Kelly BVM&S CertAVP(ESM) MRCVS Gary is originally from Northern Ireland and qualified from the University of Edinburgh in 2003. He worked in mixed practice in Lincolnshire before moving to Warren House Vets in 2005. He became a Director in 2013, was appointed Managing Director in 2016 and became owner in March 2021 . Gary works in all areas of the practice. His work interests include equine stud work, dentistry and small animal surgery. He has published various case reports in the area of equine reproduction and holds the RCVS Certificate in Advanced Veterinary Practice – Equine Stud Medicine. Gary was repeatedly invited to work in Australia during the equine breeding seasons 2008-2014. Gary is married to Tereza who works as a “Human” surgeon and since March 2021 as his co-director at the practice. Together they have two young daughters – Sofia and Aoife. His hobbies outside work include martial arts where he holds a black belt in Karate and a purple belt in Brazilian Jiu-Jitsu.